Hopefully sooner rather than later

From all the chaos and confusion that arose since the outbreak of the coronavirus, you may have forgotten all about the Colorado sports teams that had their season put on pause.

Just as the NBA season was starting to approach a close with the playoffs coming soon, NBA commissioner Adam Silver announced the season to be suspended on March 11, after Utah Jazz center Rudy Gobert tested positive for the coronavirus.

The Denver Nuggets stood at third place in the Western Conference with a 43-22 record and almost a secured spot in the playoffs. There is still question over the possibility of a non-attendant playoff series to wrap the season.

The MLB postponed the start of its regular season which was scheduled for March 26, as well as cancelled all remaining spring training games. The Colorado Rockies weren’t doing so bad, sitting mid table in the MLB Cactus League with a record of 14-15 in spring training.

The clubs remain committed to play as many games as possible when the season begins and will keep fans updated on the situation. 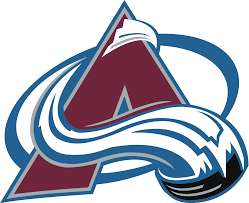 Even with the NHL playoffs scheduled for April 8, the NHL season was announced to be suspended on March 12, much to the dislike of Colorado fans. The Avalanche were sitting at second place in the central division, a half game behind the defending Stanley Cup champion St. Louis Blues. With arguably a top 3 team in the NHL, this was unfortunate for the Avalanche.

Although the AHL has already cancelled its season, the NHL still waits to see what happens and is eager with two different plans to resume play. A date is still unpredictable, however.

As of right now, the NFL season is scheduled to be on time, starting on September 10, but before then the NFL draft had to occur. The 2020 draft occurred online from everyone’s homes instead of in one public area, but it turned out to work just fine.

The Golf Masters is announced to be postponed, according to an announcement from officials at Augusta National Golf Club, the host of the event. The Masters was scheduled for April 9-12, but it is unforeseen when it will occur.

And finally, the Olympics. It will be a summer Olympics this year, but there is debate over what to do with them. The idea of no spectators has been thrown around, as the lighting ceremony took place that way, but even president Trump suggests a postpone rather than that. Thomas Bach, president of the International Olympic Committee, has insisted that the Games are on schedule to begin in late July.

All we can do is wait to see what happens with these sports and events, and hope to see a return in the near future.