Is Social Media Destroying Our Lives? 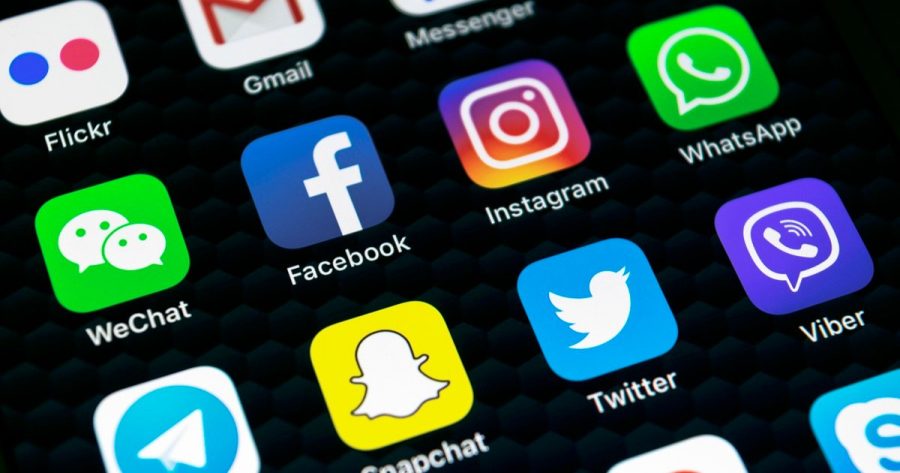 Is social media destroying our lives? That’s the question that we should be asking for ourselves and future generations. 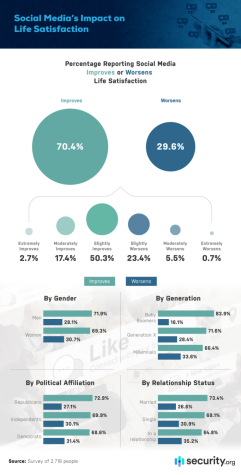 These 4 different graphs (right) show which groups say that social media improves or worsens their lives. The line graphs below are separated by gender, generation, political affiliation and relationship status.

Of course there are going to be pros and cons to social media. Online platforms are useful and helpful for bringing people together and allowing people to stay in touch with friends and family members. Nonetheless, there are also societal burdens that seep through social media posts. Snapchat adjusts face shapes while Instagram illustrates improbable images.
“I don’t check Twitter as much or tweet as often because, honestly, social media is draining and brings out all the negative things going on.” – Doja Cat
While most studies have found social media to be a negative widespread source, the superiority of people beg to differ. But even amid people who thought it worsened their life satisfaction, a society without social media didn’t seem to be the justification.
“Engage, Enlighten, Encourage and especially… just be yourself! Social media is a community effort, everyone is an asset.” – Susan Cooper, social media enthusiast and strategist