Clubs and Their Long-Awaited Return 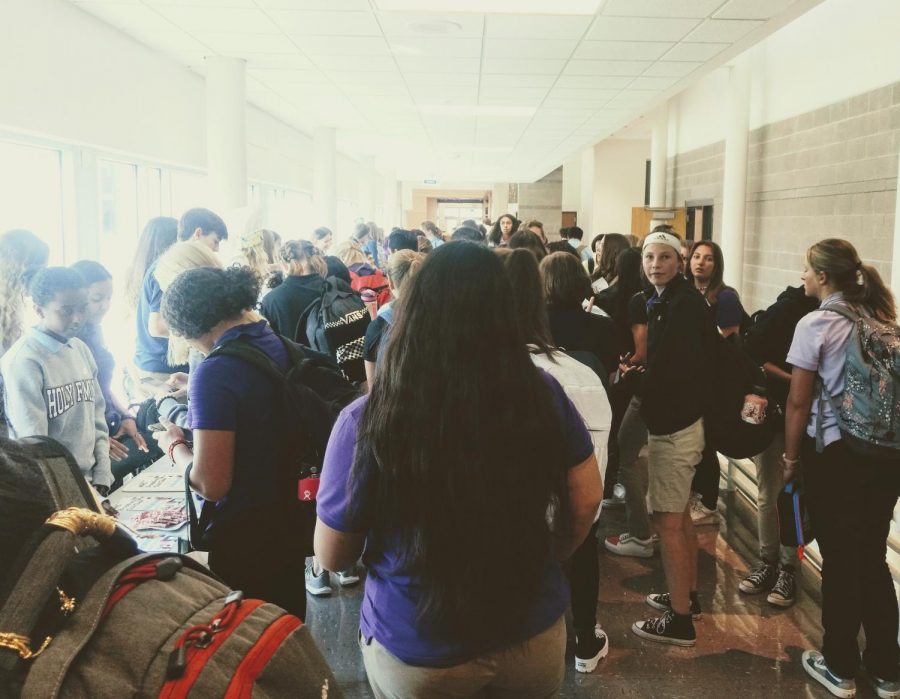 For over a year, once the final bell rang, Holy Family’s halls were a barren wasteland. There is yet hope, for at the start of this school year, the dramatic announcement of our beloved clubs’ return reverberated through us, resonating with our souls. Now, talk of  our favorite after-school activities is on every tongue and I, a fearless reporter, have recorded many of our students’ excitement.

Through my grueling endeavors, I have come upon the conclusion: Many are impatiently waiting for clubs to begin. For example, Mary Vu procured an enlightening statement: “I think clubs returning is really fun and another great way to spend time with your friends (instead of your parents).”

Not only this, but a student, who chose to remain anonymous, said they are hoping to join “Mock trial, Spanish honors society, honors society, fall play, spring musical, Broadway choir, Spanish club, [and] cross country.”

More than merely the students were enthusiastic about the return of their pass-times.

Many of the teachers who hosted these clubs felt much the same. The renowned Doctor Gumerlock, who is most known for his Latin fluency and rubber ducks, spoke about the resurgence of his club: “This year, to promote the classics, is going to be wonderful. After school, we will have food at every meeting and the first meeting we are going to prepare our Latin spirit shirts. We need a Latin moto and picture!”

Also, upon questioning the infamous Mr. Morris about his culinary club, he said, “I have an enormous appetite to see the culinary kids again. An appetite for food,” which I found quite inspiring.

Mr. Galmish was particularly enthusiastic. When asked about his guitar club, he said, “It is a chance for me to meet students in a way that is different from being their theology teacher.  Music is such a wonder. The endeavor to learn to play an instrument is something that I enjoy being a part of.” On the topic

of chess, he told me, “This club tends to attract a great group of kids.  Dare I say, la crème de la crème (I probably stole that from the French club).  Quite a few of the chess club members are better at chess than I, and it is encouraging as a teacher to know that one day my students will surpass me.”

Inquisitive of my fellow students, I asked if they would attempt a club not initially considered. I was charmingly surprised by the diverse answers received.

“Sure!” said a fellow student. “I think clubs are a cool way to learn about something new and meet new people!”

“Nope: because I wouldn’t have considered it,” said Jose “Rafael” Gonzalez.

With the knowledge of many of Holy Family’s favorite after-school activities, I was curious if more should be added to the pool. When we host such a wide array of organizations, from rosary club to TSLA club, what else could we need?

“Nuclear Physics Club[,] where we would make nuclear reactors in the basement[,]” mentioned Luc Morris, who appeared quite invigorated by the question.

So too did an anonymous student say, “Maybe a film club!”

Concluding my interviews with these knowledgeable individuals, I was pleased to note that there were a myriad of interests among my fellow students. I expect many will find themselves within our multitude of after school activities.