The Overlooked Sports of Holy Family

Tigers strong in the classroom and in athletics

As any Tiger knows, Holy Family is one of the highest-achieving schools in the state when it comes to athletics. This achievement is not self-imposed, BoCoPreps has named Holy Family the top athletic school in 2013, 2014, and 2019.

When people think of a good athletic school, football, basketball, and baseball come to mind. However, the other sports at Holy Family are equal contributors to our outstanding athletic achievement. 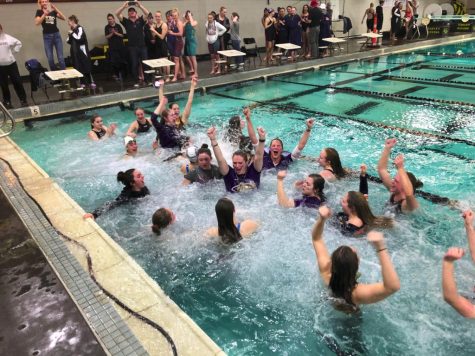 The BoCoPreps Cup, a trophy that still sits on Mr. Yunt’s desk in his office, is scored depending on how teams place at the end of their season. This means that all sports contribute to their schools overall ranking.

Holy Family has had decent playoff seasons in football and baseball. Girls and boys basketball has been within inches of state titles for a few years.

While these achievements help, it takes the effort of every sport to lead a school to claim the cup. This is where the overlooked, yet highly-achieving sports come into play. Some sports like wrestling and tennis, and newly added sports like girls swimming as well as lacrosse have come to play an important role in the Tigers’ athletic department.

In recent history, our most outstanding sport has been softball. Winning state titles in 2018 and 2020 has shifted the spotlight to a sport that normally goes unnoticed. In the same season in 2018, the boys golf team placed 3rd overall. Also, the cross-country team had a post-season run. All of these achievements have been the underlying factors in the race for the BoCo Cup.

In the winter, many of Holy Family’s most overlooked sports occur. The wrestling team has seen some 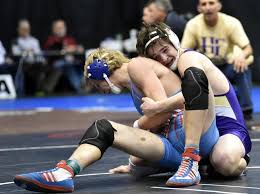 impressive post-season runs in the past few years.

With good leadership from the seniors, the wrestling team always puts out a solid squad. The newest addition to our athletics department had an impressive debut from the water. HF swimming came out strong with 116 points at the state meet. The new coach Mary Whitney has had a significant impact on her swimmers, leading them to an impressive first-year run finishing 14th overall against longstanding programs.

Moving into the spring in addition to baseball and track, girls tennis and lacrosse have been factors gaining points towards the BoCo Cup.

Boys lacrosse made the playoffs in their first varsity season. The newer girls lacrosse team also did very well in their 2019 season with many seniors coming out to lead the team to victory.

The tennis team has also found success. Senior Julia Contreras said this about the tennis team: “I had never played before, but my coaches and teammates helped me to grow as a player, and I’ve loved it ever since.”

In an interview for BoCoPreps, Holy Family athletic director Ben Peterson credited the success of the athletic department to the leadership displayed by the upper classmen. This leadership has held up, as the seniors leave, the rising leaders have done well taking the reigns. Whatever the secret to success is, keep doing it Tigers, our rivals have been close behind us in the BoCo Preps Cup.